If you’re familiar with the “E” in EMyth, you know that most businesses aren’t started by Entrepreneurs at all. Entrepreneurs are people who go into business with a vision of a company that doesn’t rely on their own ability to make, sell and deliver it. Most businesses are instead started by Technicians. Technicians are skilled folks who want to work for themselves, so they create a company where they can do the work that they used to do for someone else. But without a vision for the business you’d like to build, you really only have a job—one that eventually becomes too much to manage alone.

Your vision is your picture of a business that works, and the direction and benchmarks you establish to help you get there. At the highest level, your vision steers you to not only see, but also create your dream company. So, it relies on your imagination and creativity, as well as your commitment to develop ideas, business components and strategies in new ways.

Yet many business owners don’t even have time to design (much less execute) a vision: They’re too busy being Technicians and working in the business. EMyth Client Don Kick used to be one of them. He created Impact Shirts, a custom t-shirt company that markets mainly to churches and schools, out of his passion for printing and service to organizations that matter to him. He had a vision, but it only lived in his head, which means it only showed up in work he did himself. But after decades of working around the clock to ensure that his people served every customer to his high standards—and sacrificing time with his family in the process—he hit a wall. Don knew that something needed to change in order for him to step away without his company losing its purpose-driven approach. Here’s how he did it.

A company that reflected his values

Don started Impact Shirts in 1993 while he was still in college and working as a youth minister.

Three pastors came to me, one after another, and asked, ‘Do you want to design these shirts for us?’ And I thought, ‘Wow, there must be a need for this.’ So I looked into it, and about a month later, I had bought all the equipment to print shirts myself.

The first year, he did $2,500 in gross sales, and for every dozen shirts he printed, he threw six away. He survived by living with his parents. But he kept at it, learning how to become a better printing technician because he believed in the service was providing.

What makes Impact Shirts special is that we’re serving people, and that's just my favorite thing. When we can serve people and give them something that no one else could do for them, it’s really exciting. And I know that we do that for people all the time, which gives me tons of joy.

As Don’s business grew, he was still doing some of the printing work he loved—but more often, he was putting out fires, working with customers and dealing with employees. Impact was doing well financially and it looked great on paper, but the day-to-day was consuming him. He could never take a day off. And in the summer he’d spend 65 hours a week at work instead of vacationing with his family. He’d wanted to create a business that gave him freedom to spend those precious moments with his family—not keep them apart.

My wife and I decided that the business was too big for me to manage with my current skill set, so we either needed to scale it back to when it was fun—which just seemed wrong—or make it bigger. But I didn't know how to make it bigger. I didn't know what to do next. We were at this impasse. 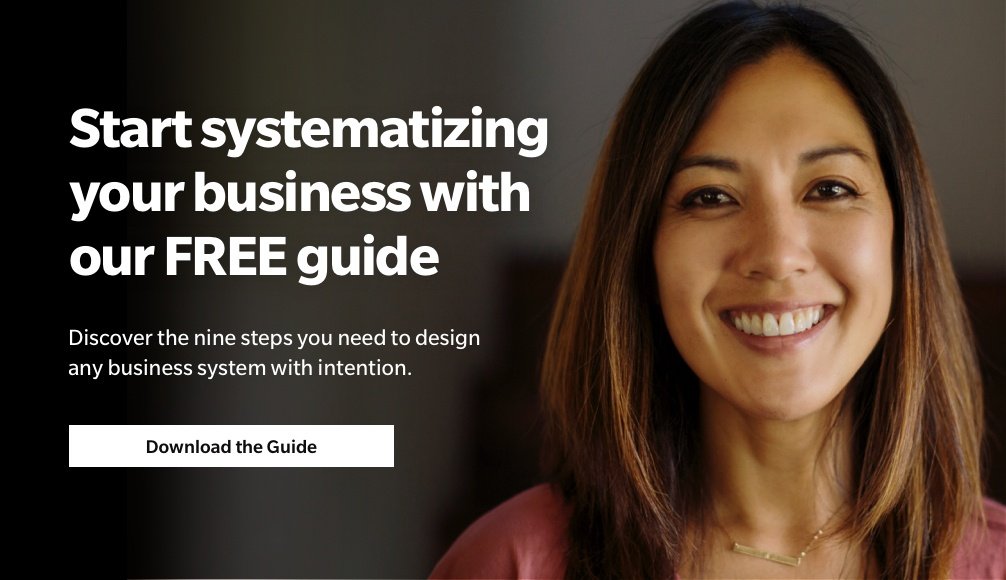 A new role in the business

Don’s need for a new path forward led him to his EMyth Coach, Matt. Together, they began the work of transforming how Impact Shirts worked, and Don’s role within it.

One of the most important Position Agreements that I wrote was my own, to see what an effective president is really supposed to be doing. And I realized that I'm not supposed to be out there picking up the phone and fulfilling orders and shipping boxes. I'm supposed to be giving my team a vision for how we, as a group, were going to go out and affect the world. And that was something that I’d never done before.

For the first time, Don recognized the power of having a vision—not just a dream—for doing something important in the world. He realized that it was his responsibility to document that vision and share it with his team in a way that made it usable.

Don knew exactly how he wanted his company to look, act, feel and perform—he’d been doing it for years already. But if he really wanted to achieve that vision without him in the driver’s seat, he needed to turn it into a plan that would provide clear direction and specific targets for his team. Don needed to create a vision for where he wanted his company to be at a certain point in the future. So he started working with his EMyth Coach, but struggled at first.

[My first version] was full of technical tasks. I got in the weeds and had to go through four or five different iterations of it. The final vision I landed on was the same as the very first one we did, but without a lot of unnecessary garbage. It was a matter of just peeling away the things that didn't matter. Once we got down to the essence of it, my final vision became, ‘We serve the everyday leader with excellence.’ There's so much to it, but just that one line sums up our vision. That's what makes our work really important.

Having a vision that’s heavily value-driven gave Don clarity of purpose—and a big clue for why it had been so hard to pass much of the day-to-day responsibilities over to his employees.

Don’s biggest fear was, ‘As soon as I step away from this thing, it’s going to fall apart. It's successful because I'm here to watch it every single day.’ That's what we had to address whether or not it was true. In order for us to create success, we had to give him peace of mind, and we had to show him that the business could still serve his customers in the exact same way—and he could be a very little part of it.

More than anything, identifying his business’s core company values was the biggest aha moment for Don. He was so passionate that the values showed up in everything they did, and that whenever he faced a decision, he consistently fell back on the question: What would the values dictate?

Identifying our values has been a game changer because it fills in all the gaps. The systems are great, but limited—there are gaps between them. But when you can fill in all of those gaps with the values, everything just works. It's the magic sauce that just makes it all come together. When everyone's on board and everyone's bought into these values or has the same values, the team works like one cohesive unit. It's magic.

Having defined values that shape his vision has helped Don achieve it—they empower his team to solve problems on their own. Finally, he created a path forward where his company could function the way he wanted it to, without him having to do all the work.

Today Impact Shirts continues to be successful—and Don rarely goes into the office. Instead, he spends time playing with his kids, exploring new projects and surfing. His vision for his business and his life are finally aligned.


Do you have a defined vision for your business yet? If not, we’re here to help.

Kirstin Fulton is a Content Creator for EMyth, where she partners with every department to develop content that inspires and educates business owners on their entrepreneurial journey. Her experience lies in writing and producing digital and print media for various industries, developing corporate events, and building immersive curriculum for both academic and business environments. She’s passionate about serving the EMyth community—our clients, Coaches, and colleagues—through writing that brings clarity, guidance and enthusiasm to the everyday.